Amethyst is a powerful healing crystal that almost everyone has heard of. From the most experienced crystal healer to the novice crystal newbie, everyone has a piece of this stone. It is one of the most common crystals to find. However, despite its popularity, not everyone has truly dived into the depths of what Amethyst can do for them. In this blog, we’ll look into the metaphysical properties of the crystal and how it can improve your day-to-day life.

The Science Behind the Stone

This crystal is a part of the quartz family of stones and has a trigonal crystal structure. This stone has a hardness of 7 on the Mohr’s Scale. Its chemical composition is SiO2 (silicon dioxide) and it owes its purple coloring to trace amounts of iron, aluminum, and other transition metals and irradiation. This crystal is found all over the globe including in the USA, Mexico, Canada, Russia, Bolivia, Brazil, and across Europe and Africa.

Historically, it has been a stone associated with royalty. Ancient Egyptians used it as a decorative gemstone. Ancient Greeks believed that the stone could prevent drunkenness, which led them to occasionally make goblets out of the stone. This association might also be part of the reason bishops wear episcopal rings with amethyst. This allusion refers to Acts 2:15 where the Apostles were described as “not drunk” on Pentecost.

This greek belief also led French poet Remy Belleau to write “L’Amethyste, ou les Amours de Bacchus et d’Amethyste” in the 16th century where he created a myth regarding the creation of Amethyst. In this poem, Bacchus, angered, swears that the next person he sees will be eaten by his tigers. A girl named Amethyst happens to be on her way to Diana’s temple when he sees her and his tigers leap at her. Before they can attack though Diana turns her into a crystal to protect her. In remorse afterward, Bacchus pours wine over her, giving the crystal Amethyst its purple hue.

This stone is also said to be one of the stones upon which the names of the tribes of Isreal were engraved on. Plus, it was said to be the ninth stone in the breastplate of the high priest of Isreal. Tibetan Buddhists make prayer beads from the stone, and in the Middle Ages, it was used to decorate royal regalia for English nobility.

It was formally considered one of the cardinal gemstones (the most valuable gemstones) in the 18th century along with stones like emerald, sapphire, and diamond until large deposits of the stone were discovered in the new world, specifically in Brazil. This caused the value of amethyst to decrease and today it is considered a semi-precious stone.

Amethyst is a stone that heals in all ways, including spiritually. It can heal old spiritual hurts and soothe you. The stone facilitates meditation and opens the third eye and crown chakras allowing you to improve your psychic and intuitive skills. This crystal also provides psychic protection as well. It helps guide you down the correct path in your spiritual journey. 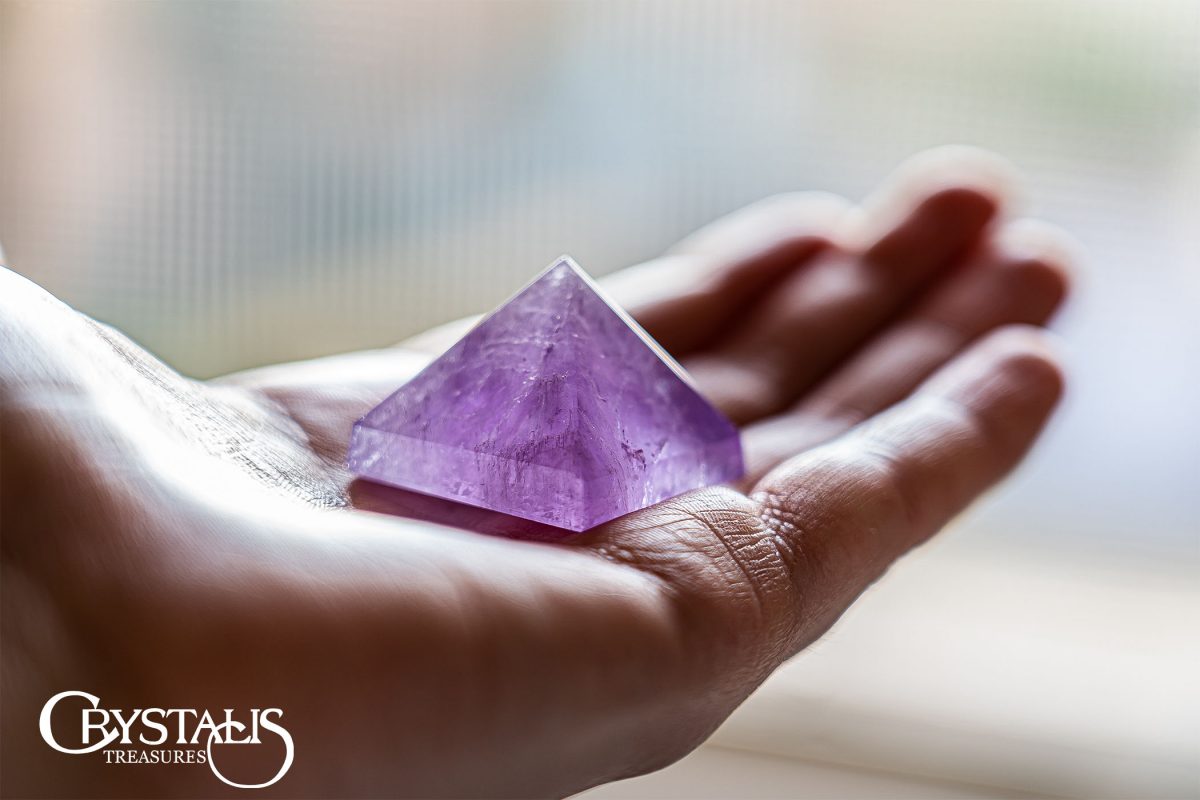 Amethyst heals emotionally as well. This stone can help you identify the root cause of certain behavioral patterns and bad behaviors so that you can address them. It helps you move past and heal from trauma by allowing you to recognize your inherent power.

This stone heals physically. Amethyst helps you shake addictions and allows for clarity of mind, which makes it a useful stone for recovering alcoholics or addicts. This crystal heals the brain and nervous system making it useful for nerve or memory disorders. It is also meant to help bring oxygen into the body assisting with the oxygenation of the blood.

Amethyst is a gorgeous stone that has a rich history spanning back millennia. It has been used by people from Egypt to England to Tibet for its healing properties. Use it to help break habits and addictions, protect from psychic attacks, and generally heal yourself. We have a wide selection of this crystal here at Crystalis Treasures from bracelets to tumbled stones to geodes to the 4ft piece in the rear of the store. Any style of amethyst you desire you can find here, so stop in today at our crystal shop in the greater Washington DC area or check us out online!