Peridot (also known as chrysolite) is a form of olivine. This stone is typically a shade of green, although it can come in colors closer to brown or yellow. The shade is dependent on the amount of iron in the stone – less iron equals lighter color. This crystal falls between 6.5 and 7 on the Mohr’s Hardness Scale. This is one of the softer gemstones meaning extra care should be taken when cleaning it. The stone is always translucent or transparent. The stone itself is not rare, but high-quality pieces are.

This crystal is one of two gems not formed in the Earth’s crust. Instead, Peridot is formed in the upper portion of the mantle. This crystal only forms in silica deficient rocks like volcanic basalt, meaning it is typically created through volcanic activity. In the USA, it is mined in Arizona, New Mexico, Nevada, Arkansas, and Hawaii. Around the world, it can be found in Burma, Australia, Sri Lanka, Mexico, Brazil, etc. However, there is another way that this crystal can form and be found. Peridot has been found in pallasite meteorites, such as the Indonesian Jeppara meteor.

Where the name peridot comes from is somewhat up in the air. The Oxford English Dictionary claims the name of the stone derives from the Anglo-Norman word pedoretés, which was used to refer to a type of opal. Other sources claim the word came from the Arabic word faridat meaning ‘gem’. The other name for the stone – chrysolite – is said to be derived from the Greek words for ‘gold’ and ‘stone’.

Egyptians would mine this crystal on the island of Zagbargad. The earliest dated Egyptian peridot beads were made approximately 2500 years ago. Many historians wonder if some of Cleopatra’s famous emerald collection were actually misidentified peridot. Peridot jewelry was popular in Greece and Rome in the third and fourth centuries. It was seen as a sun symbol and was said to give royal energy to those who wore it. In the Middle Ages, it was worn with a torchbearer symbol carved into it to attract wealth.

The gemstone began to rise in popularity again in the 1800s. In Cologne, Germany in 1811, the Reliquary of Magi was created. It is said to contain relics from the Three Magi (aka the Three Wisemen) and was encrusted with over a thousand gemstones and pearls. Three of these thousand stones were peridots that were more than 200 carats each.

In Hawai’i, there is Papakolea Beach. It is one of four green beaches in the world. The sand here is green because it contains tiny peridot crystals from volcanic basalt and ancient lava flow. Native Hawai’ian folklore says that they are Pele’s, a volcano goddess, tears. 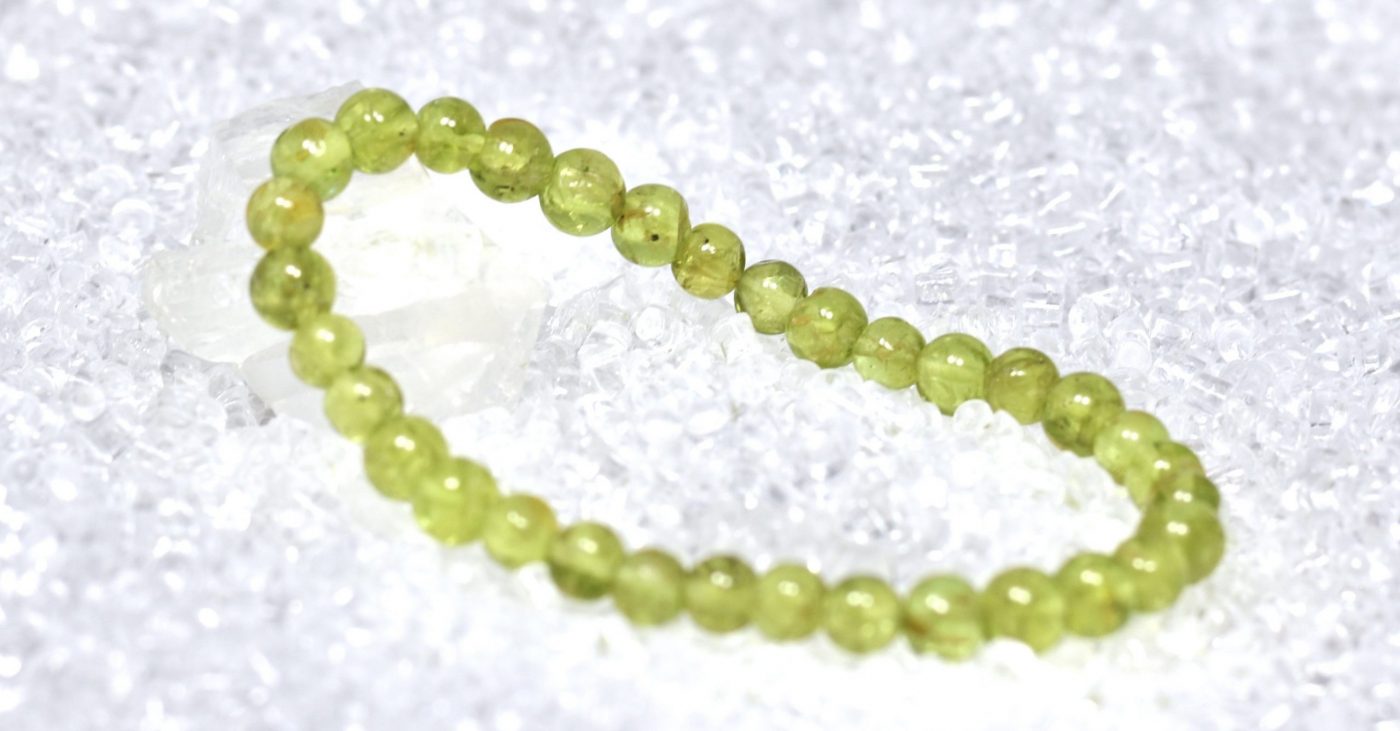 It also encourages us to act on our heart’s desires and to help others as we pursue our own goals. This is why it is a stone of both financial and spiritual abundance. This crystal encourages openness and acceptance in relationships, helping to form an enduring type of love. It also helps people identify their issues and work through them, dimming anger and jealousy and helping get rid of baggage. The stone forces necessary change and brings clarity to your situation.

Peridot is an amazing stone with a rich history and amazing spiritual energy. Use this stone in your day-to-day life to improve your relationships, encourage financial growth, and pursue your goals. Check out our peridot online or come in store for a wider selection!